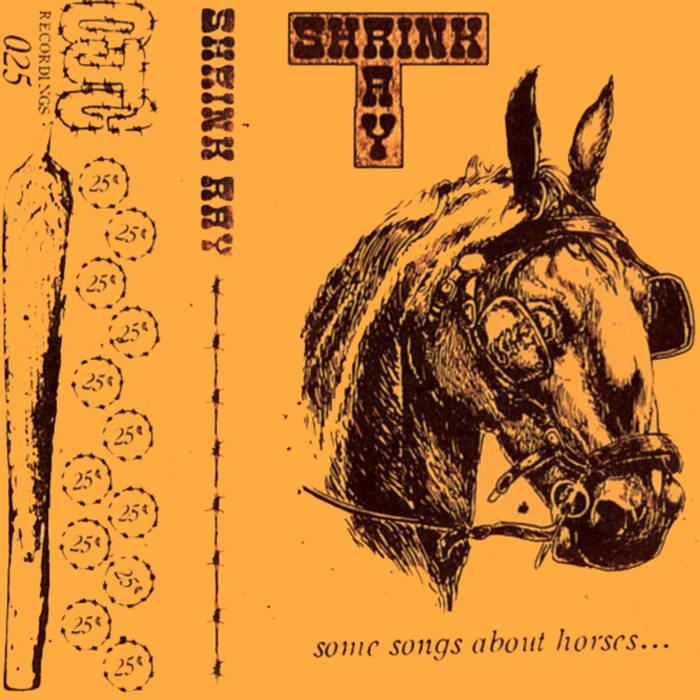 Some Songs About Horses... and a Quick Trot with Satan Through the City, Into the Woods, and Down to Hell


Boy howdy, this record is all over the place and i fricken love it. Despite only being 4 tracks long, you're in for a heck of a journey giving this a spin. The first 3 tracks "Good Boy Elroy", "Concrete Strut, Whip, Bang" and "Wonder Wonder" are honestly just super good western themed rock tunes, you have the usual tremolo, lap steel guitar and a drum machine that honestly sounds really organic for what it is. Cowboys were like so totally 2019 but hey, i still have a soft spot for this. It's the kind of hidden gem you'd expect to find at a second hand store in some old dead persons previous belongings with a bit of spit and polish to make it more appealing for modern sensabilities.

then the title track (kind of?) "A Quick Trot with Satan Through the City, Into the Woods, and Down to Hell" kicks in. At 7:27, it takes up most of the tape's space and takes you for a hell of a ride. I don't really wanna spoil it too much for you. There's a lot going on in the track and it's way more entertaining than it has any right being. That being said though, thematically it ties the whole tape together and pulls off some stuff alot of other records try and fail.

ngl I hate horses personally, but fuck me, i get around this big time. Western-themed music (in my opinion) is kinda played out by this point, but shrink ray actually made some super cool and unique shit with this tape. Pretty fucking bummed i missed out on getting the casette as it released in 2016 when i was a fucking bozo sleeping on the floor and using all of my money to drink myself into a stupor. Anyway, check em out, the tape is free online and this bloke OJC Recordings put it out