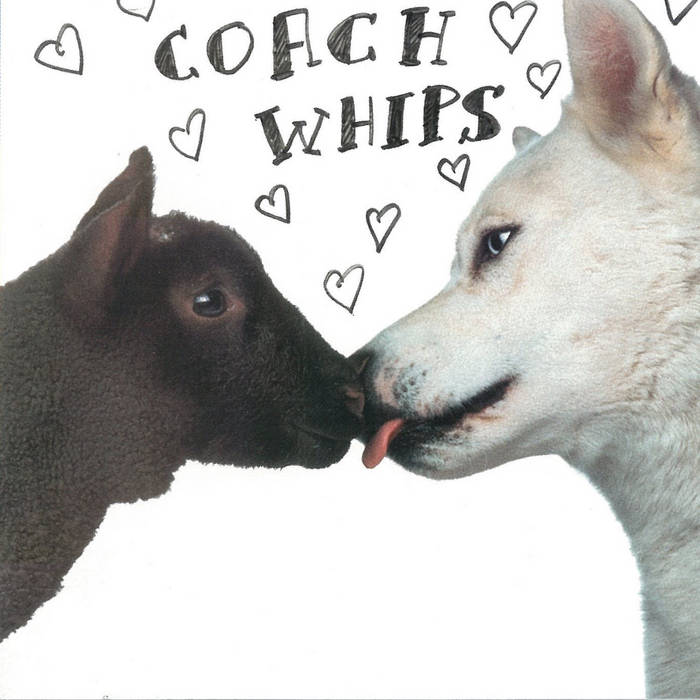 
Damn dude, you ever heard of Oh Sees before? Yeah that's pretty cool and all, but imagine getting their frontman John Dwyer, a couple of his friends, a rehearsal space and like $300 of speed for a weekend, that's Coachwhips in a nutshell. At it's surface, it seems like really basic music that's easily written, just like throw 3-4 guitar chords together, have a 4/4 beat and maybe a bit of synth on top while yelling through the worst microphone available.

Anyone who's tried to immitate Coachwhips' style (there's a lot of them lel) knows it's a bit harder than just that, and john brings incredible, drug fueled energy to the mix to push what should be a well-overdone sound by now. The sound quality on all of their albums fucking sucks, which kinda fits the motif i guess, but damn, do these guys know how to write a catchy tune.

Also this one time i had the album art as my phone wallpaper, this weird drunk itallian lady was hitting me on the tram after my shitty job at like 1am, i got her number, she saw my phone background, asked if i was Vegan (i'm not) and she never texted back. :^)

oh yeah, i haven't posted a track not on an album i was talking about before, but despite not being my cup of tea usually, they wrote this super gorgeous slower paced track this one time i'm in love with

> like 10yrs after they stopped playing, they made a bandcamp finally right here <

i do not condone doing a drug. not even once because i know the police